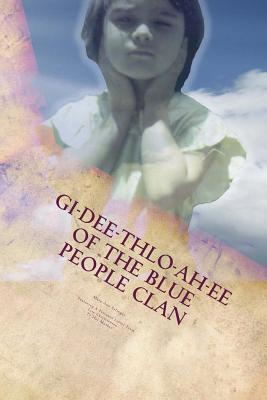 Chief John Ross I should like to include the seven clans of the United Keetoowah Society. In our society, water is medicine and the Eternal Fire is a sacred light that burns forever. When medicine is used or made, the Cherokee name and the Clan membership name are used. A Cherokee must speak his language in order to become a member and to become more fully aware of the functions of the society. The seven Clans are: the clan of my father, Ani-Wa-Ya (Wolf)- the clan of my mother, me, and my daughter, Ani-Saha-n or Ah-Nee-Sa-Hon-Nee (Blue)- Ani-Kawi- ANi-Tsi-Skwa (bird)- Ani-Wa-Di (Paint)- Ani-Ga-Tage-Wi- and the Ani-Gi-La-Hi.

Another small item that I would like to include is that Mary Guess was listed in Starrs Old Cherokee Families as the great-granddaughter of Sequoyah. Her parents were George Guess and his wife Girty. Georges father was Tessey Guess who was the son of Sequoyah.

(Starr page 366) Mary Guess is my mothers grandmother who married Charley Dirteater and their daughter Belle, is my grandmother. (Sequoyah was born about 1770 and died about August 1843. Someday I will tell my grandchildren the stories my grandmother told me, just as my mother tells my daughter stories of the past while they lie in bed at nights before they go to sleep. Prior to this re-print there were only ten copies of this book made. One belongs to Lisa Christine- two are registered at the Copy-Right Office- National Archives in Washington, D.C.- and one at the Oklahoma Historical Society- and one to the Cherokee Tribal Attorney, Earl Boyd Pierce.

I hope this will someday be beneficial to future generations and that my child will always be proud of her Indian Heritage and culture. Closing with warm regards, Mrs. Mary Ann Eslinger

Comments
Comments for "GI-Dee-Thlo-Ah-Ee of the Blue People Clan":